A little fun fact the cheese slicer was invented in Norway.

In 2010, Oslo was one of my soon to be many day trips, I was browsing the internet and looking at flights randomly to see what was out there and I came across Oslo at £30 return. This was cheaper than a return ticket from London to Manchester.

I caught the first flight out there and the last flight back, and I was pretty excited about the one day adventure so I had to do as much as possible in about 7/8 hours and you will be surprised the time can go by really fast or slow.

At the airport, I wanted to get my passport stamped as I am about that stamp life. When travelling in Europe they generally do not stamp another EU passport, so I had to request this. The person at the border looked at me like I was slightly cuckoo and told me as general practice they do not but for me, they will. Of course, this put a massive smile on my face as I got another stamp for the passport.

When I left the airport I was so shocked to see how clean Oslo was; it was a stark difference from London and extremely HOT. As I was spending the day there, I had to be wary of how far I went as I had to make sure I caught my flight back home.

There is one thing I did notice about Oslo it was costly I could only assume it is still expensive! Regardless of it being expensive, I took the opportunity to speak to some locals to see how they live in Oslo. What I learnt was that what is costly to tourists is not for them as their wages compliment the standard of living.

As this was a day trip for me and I was on a budget, I thought I would go here as it was free and in the centre. It is a beautiful museum and was easy to lose time in there, to take in the history of Oslo. As this is a post is about a trip I took so long ago I cannot remember everything I did but luckily I have pictures from the deepest achieves to document some of the things I saw.

Thinking about this one makes me laugh, as I did not do much research before getting to Norway. I went to the National Gallery based on recommendations from some of the locals, but when I got there, and I had to pay, so that was a no go. So I did the next best thing and sat on the steps and did one of my favourite past times and just watched the world go by. 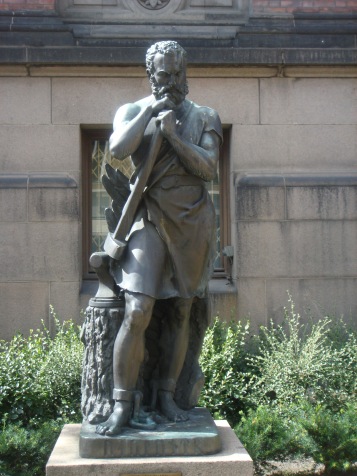 Would I go back? Yes

Why? One day is not enough!